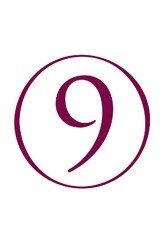 William Hughes is a criminal law specialist with a mixed Prosecution and Defence practice.

In Silk William is consistently instructed to Prosecute and Defend in cases of complexity and notoriety, including Homicide, Organised Crime, Serious Sexual Offences and Historic Child Abuse Investigations, and Serious Fraud.

William appears regularity in Appellate Courts, including historic matters referred by the CCRC for both Appellants and the Respondents. In addition to the above, as a Junior William was regularly instructed in respect of Regulatory and Disciplinary Tribunals, Coroner's Inquests and by Local Government Departments.

William Hughes QC is ranked as a leading individual in the Crime section of Chambers & Partners 2014, 2015, 2016 and 2017. Recommendations include

'He handles a wide range of serious criminal offences, particularly drugs-related cases, and is noted for his excellent client manner.

“He gets superb results”

Since taking Silk, William has primarily represented Defendants charged with Homicide and Serious Violent Crime, Historic  Sexual Offences and other grave crime, particularly those cases with vulnerable defendants and witnesses.

William has continued to be instructed in Serious Fraud in which he specialised as a Junior, including VAT and Revenue fraud, fraudulent trading, money laundering and related confiscation proceedings.

In Silk, William has continued to be instructed in the Prosecution of Multi-defendant Organised Crime Gangs (OCG) by the Organised Crime Division and Central Fraud Group

William is consistently instructed by CPS “Countrywide” to prosecute those cases of a sensitive and complex nature, including Homicide and Historic Abuse of Children.

He is regularly instructed to represent the Crown in CCRC referred appeals, particularly those of a sensitive and complex nature.

As a Junior William was appointed to the A list of the Attorney General's list of Prosecution Counsel.   William has vast experience of Serious and Complex Fraud, including several Carousel VAT prosecutions, Income Tax and Duty Evasions. Wide experience in International drug prosecutions, including related POCA, DTA civil and criminal legislation. Wide experience of PII and Disclosure in complex investigations, both as Silk, and as a Junior (often as Disclosure Counsel).  As a Junior was regularly instructed on behalf of Westminster City Council, the City of London Corporation and other London local authorities to advise and represent their interests.

Cases of interest include (Defence):

R v Morgan – Newport Crown Court – November- December 2016 (Silk leading Michael Hammett of 9PP) Prosecution of the Millionaire "Escort-Murderer", described by the national press as "one of the most notorious murders of 2016". Defendant unsuccessfully relied upon the partial murder defences of Diminished Responsibility and Loss of Control,

R v Baybasin -  Woolwich Crown Court, October 2010. (First Junior in Silk led team of 3) Prosecution of the "Godfather" of the Turkish "Mafia", responsible for importing 90% of all Heroin into the UK. (International media coverage).

Re Michael Melchert - Chelsea Coroner's Court, 2012. Acted for landlords of "ramshackle" premises in which deceased was killed in fatal fire.

Re Frank Ogburu - Southwark Coroner's Court, 2010. Acted on behalf of 4 police officers in a "death in custody". An African man, restrained post arrest, died at the hands of four police officers in a culturally diverse area of London. Complex medical and factual issues. (National press coverage)

Chairman of the Kent Bar Mess

Counsel at 9 Park Place are an obvious choice for all family law matters. Their members are hugely experienced and readily available to support us as a practice and our clients when needed.
- Family law solicitor