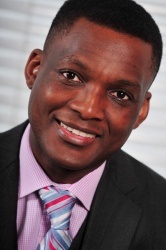 Nuhu specialises in general crime, regulatory crime as well as immigration and nationality and is instructed to prosecute and defend. In 2019 he was appointed to List A of the List of Specialist Regulatory Advocates in Health and Safety and Environmental Law. This panel of specialist Counsel is administered on behalf of a number of different bodies, including Natural Resources Wales, Health and Safety Executive, Environment Agency, Care Quality Commission, Office for Rail and Road and the Office for Nuclear Regulation. He is a Crown Prosecution Service Grade 4 Prosecutor.

Nuhu has consistently been recommended in legal directories. In Chambers and Partners he is described as ‘an immigration and nationality law specialist with an excellent track record for complex asylum appeals.’ A solicitor commented, “A very approachable advocate who has a particularly good rapport with clients. I regularly instruct Nuhu in particularly complex asylum cases, and he has never failed to impress.” In 2020, it is stated that he is sought after to represent vulnerable claimants in judicial reviews, with a notable focus on children and victims of honour crimes. He is ranked as a Band 1 Leading Junior in Administrative and Public Law; it is also stated, “He’s very calm, measured and understated in his advocacy style and is persuasive because of that. He just gets to the point.”

In The Legal 500 Nuhu is ranked as a Tier 1 Leading Junior for his immigration work. It is stated, “He contributes superior knowledge, professionalism and care towards clients, as well as excellent service.” In 2019 he is noted as being, “committed, passionate and a pleasure to work with.” Previous editions commented that he is, “a very safe pair of hands for immigration cases” (2018), that he is “noted for immigration and nationality law cases” (2017) and that he is “an expert in immigration matters” (2016).

A member of the Criminal Bar Association, Nuhu was appointed to the Attorney General’s Unified List of Prosecuting Advocates in 2006. He advises and prosecutes on behalf of Local Authorities and Government Departments. He is a member of the Health and Safety Lawyers Association (“HSLA”).

Nuhu has been instructed to prosecute high profile cases, including those involving fatal accidents, such as HSE v. R. P. Management Limited following an incident in which a traffic management operative was killed on the M4 motorway and R v. Fyfield and MNS Mining Limited, a gross negligence manslaughter and corporate manslaughter case in which he was a led junior following the Gleision Colliery disaster in which four miners died. His defence work includes defending in large public disorder/ violence trials and notably being a led defence junior in a case involving the management of brothels in Cardiff and Swindon with Proceeds of Crime Act proceedings totalling over £4 million.

Reported cases that Nuhu has worked on include successfully resisting two appeals against conviction in the Court of Appeal in R v. Yaman and Yaman [2012] Crim. L. R. 896 (CA(Crim. Div.) and R v. Craig Lewis and Shane Thomas [2006] EWCA Crim 2895. Nuhu also handled TD v. Secretary of State for the Home Department [2006] Imm. A. R. 569 an appeal involving the issue of ‘sole responsibility’ within the Immigration Rules in relation to children, entry clearance and family reunification.

Nuhu was educated at Cheltenham College before going onto study at Cardiff University, Warwick University and Nottingham Law School. He spent two years working for the human rights organisation ‘Liberty’ before coming to the Bar. He is currently an External Examiner for Cardiff University’s Police Station Representatives Accreditation Scheme and Magistrates’ Court Qualification. Nuhu is Chair of the Board of Governors at Ysgol Iolo Morganwg, Cowbridge.

He is a Formula 1 motor-racing and rugby union fan. He played for Cardiff RFC under 19s and under 21s, Old Illtydians RFC, Coventry RFC and Glamorgan Wanderers RFC.