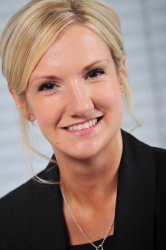 Leah was taken on as a member of chambers in September 2013 following the successful completion of her pupillage and she accepts instructions in all chambers’ areas of discipline. She has undertaken infant settlement hearings, directions and allocation hearings, mortgage possessions, bankruptcies, summary judgment applications and applications to set aside judgment. Additionally, she has prosecuted and defended in the magistrates’ court, including licensing proceedings prosecuted by local authorities.

Before commencing her pupillage Leah worked for two firms of Cardiff-based solicitors during which time she worked on high-profile murder and conspiracy cases as well as preparing cases on behalf of the Police Federation in relation to disciplinary proceedings brought against officers of South Wales Police. She is currently instructed on behalf of the Federation to assist in the preparation of a civil claim for misfeasance in a public office.

When representing employers or employees, we trust the team at 9 Park Place to provide the highest quality advocacy and advice that is both reliable and prompt.
- Employment law solicitor