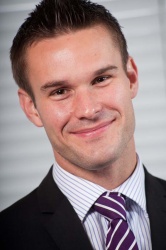 James joined Chambers as a tenant in October 2014 following the successful completion of his pupillage.

James has acted in a broad range of public law cases on behalf of Local Authorities, private parties (including parents, grandparents and other family members) and for children by their Guardians.  He has a wealth of experience dealing with contested cases involving a wide range of issues, including sexual, physical and emotional abuse, severe neglect, domestic violence, substance misuse and the causation of non-accidental injuries to a child. He is mindful of the great number of vulnerable people that find themselves in care proceedings and is adept at working with parents with learning difficulties, intermediaries and cross-examining vulnerable witnesses. James also has experience in public law cases involving the Official Solicitor.

James has developed a practice in matrimonial finance, applications under the Trusts of Land and Appointment of Trustees Act 1996 and cases concerning financial provision for children under Schedule 1 of the Children Act 1989. James provides advice and represents clients in complex disputes, including cases concerning business interests and pensions.

His work has included representing clients before District Judges, Circuit Judges and in the High Court.

Chambers and Partners 2022 report that James acts for clients in a wide range of children law matters and is noted for his Children Act work.   He deals with cases concerning allegations of abuse and injury, which often involve the examination of complex medical evidence.  They comment: "He is very approachable and changes his communication style to accommodate the character of the client who he is representing."   "He has an ability to put clients at ease in stressful and difficult situations.   He is very thorough in his preparation and comprehension of his brief."

The Legal 500 2021 recommends James as a Leading Junior in Child Law (Public and Private). They comment "An excellent up and coming barrister who is rated very highly particularly in relation to children matters."

James was educated at Olchfa Comprehensive School, Swansea before going on to read law at Cardiff University. He then undertook the Bar Vocational Course at Cardiff Law School.