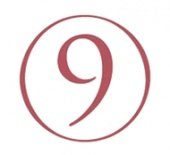 Sophie will be able to accept instructions to advise and appear in court from Monday March 23rd 2020.

Sophie is originally from Hereford. She studied Law at Cardiff University obtaining a First Class Honours degree. She was awarded the Thomson Reuters Prize for graduating with the highest mark in the year.

Sophie obtained the Kennedy Scholarship and the Residential Scholarship from Lincoln’s Inn which assisted her in completing the LLM Bar Professional Training Course (‘BPTC’) in London.

During her studies, Sophie won the CEDR National Negotiation Competition and went on to represent England and Wales in the international competition. She was also involved in pro-bono work through the Cardiff University Innocence Project and the Joint Enterprise Appeal Project.

Sophie’s first six was under the supervision of Matthew Barry.